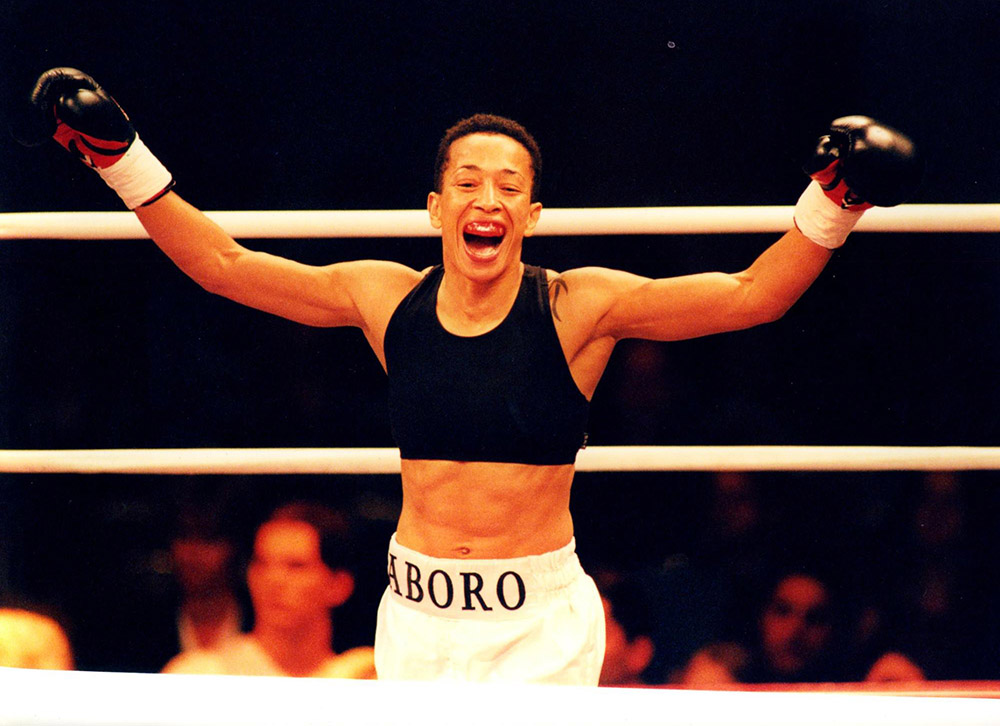 In Part One of this Michele Aboro interview we introduced the living legend and were told about some of the challenges of training and competing as a female fighter in the 80’s and 90’s. In this second part we hear about the controversial retirement and what it takes to stand your ground in the face of prejudice.

Awakening: During your career, was it apparent that things were changing in the industry? …and were you aware at the time that you were an important part of something that would ultimately affect every female martial artist in the future?

Michele: Whilst I was in the midst of my career, no I wasn’t really aware of it. What I was aware of was my love for what I was doing. I was aware that women at that moment in time were not taken seriously, they were not put on the big shows. I didn’t realize that we were the front runners, the ones that would pave the way for the young athletes of today. All I can say is that it was an honour for me to be one of the pioneer female fighters from the early days that made it possible for the GREAT female fighters that are around today. Just looking at the sheer vastness of it all, the amount of females that are competing now is amazing.

Awakening: In 2002, after what can only be described as an epic 21 fight win streak in boxing, you officially hung up your gloves. What was the reason?

Michele: Yeah, I ended my career in 2002, which was down to the fact that Universum Box Promotion, (my boxing manager and promoter) wanted me to vamp up my image so they could sell me better. I refused to do this and along the way they turned round and said that ZDF - which was the television provider screening our fights - didn’t find me promotable because I was too, I don’t know, “not feminine enough”, they said “not frau look enough” so that’s what happened.

My contract got broken by Universum because they said I was non-promotable. I had a court case against them that lasted for seven years and went to the highest working court in Germany. It got thrown out because none of the judges wanted to make a precedent of it, because the facts of the matter was if they would have said that I was a worker for Universum, (this was the route I went with the court case), then they would have to change all sporting contracts into working contracts, and nobody wanted to take this on because it would have been a massive upheaval for all sports people from boxing, to tennis, to football, so it got kicked out of court seven years after the court case started.

If anybody gets the opportunity, there’s a documentary that was made about it, it’s called “It’s a Knockout”,By Tessa Boerman and Samuel Reiziger from Viewpoint and NPS made it and it’s very good, Lucia’s in it, and Regina Halmich is in it too, have a look.

Awakening: We’re so glad we asked that question! We’re definitely going to try and get our hands on that documentary!

Was there anyone that you wish you could have faced during your career, in any discipline?

Awakening: …and is there anyone that you’ve seen competing since you’ve retired that you felt would have made a good match up for you?

Michele: Oh there’s quite a good few girls out there when I look at any of the top 5 in my weight category, I think would be a great fight. I was lucky enough that I had the trainers that enabled me to be a very technical fighter for that time period. We would do things that many female fighters are just starting to do now when it comes to fight preparation so I was very lucky. My level of technical ability was quite high, so when I look at a lot of the girls here now, there’s some great little fighters, but I think my weight category… give it, 3 – 4 kilos either way, I think the top 5 would be a great match up.

There’s one girl that I think is a great little fighter, which I really have a lot of respect for and that’s Ava Knight. Hands up I think she’s doing a great job as a boxer, and as a person, the way that she carries herself is very, very cool, I really like her as a boxer.

Cecilia the Norwegian girl, is promoting women’s boxing in a great, great way too, hats off to her!

In Part Three of this Michele Aboro interview we find out about the Aboro Foundation, and the Aboro Academy in Shanghai, and we also ask about the climate in China for female fighters.